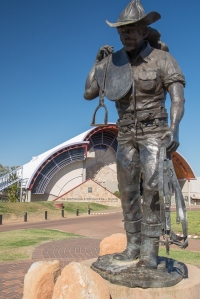 Longreach is the self proclaimed “capital of the outback” so I suppose it is a fitting place for the Australian Stockmans’ Hall of Fame and Outback Museum ?
I think it started off as just the Hall of Fame, but now it is more Outback Museum than anything else. There are some interesting displays to see, so it’s well worth a visit if you are travelling through Longreach.

Longreach’s other big claim to tourism fame is the Qantas Founders Museum. Longreach was the first operational base of “Queensland and Northern Territory Aerial Service”, with it’s first hangar still standing at the airport.
Apart from the displays inside the museum, you can also take a tour of their Boeing 707 and 747 …and walk on the 747 wing for a mere $80. 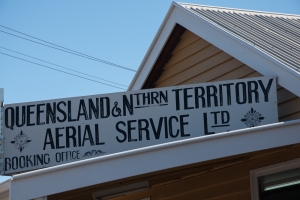 The 707 on display has quite a history, some of it a bit murky. It was the first 707 delivered outside the USA, and after QANTAS retired it the plane was sold to another airline, and then on to an American company which was to refurbish it as a private jet for a Saudi prince. The prince was not impressed when, after 3 years and many millions of dollars it was delivered to him with pigskin leather seats ! 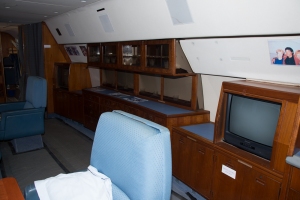 He sent it back, and eventually it was sold to Michael Jackson. Judging by the photos of him on the plane he was relatively normal then ! After Michael Jackson it ended up with another Saudi prince as a bit of a sweetener for some dodgy arms deals. This prince was head of their Secret Service and it is said Osama bin Laden flew on it more than once. 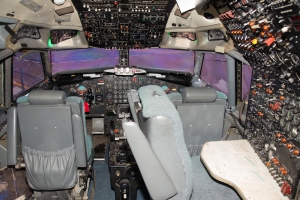 707 cockpit ..look at all those switches!

Eventually the Americans started throwing their weight around and the plane was grounded in the UK, where it remained until it was sold to the QANTAS museum for one pound + VAT. It did need a lot of work to get it back in the air and flown back to Australia …apparently it is the only 707 certified airworthy for commercial use (but there is one flying with North Korean Air !) according to the tour guide. 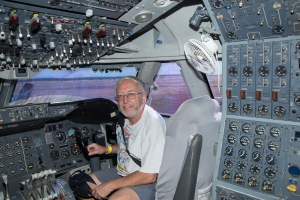 The 747 is one of the early models, retired by QANTAs after around 18,000 flights and given to the museum as a tax deduction …they made more that way than selling it. Apparently Libyan Air have one that has done over 30000 flights….
A 747 usually needs a 9000ft runway, but Longreach’s airport is only 6000ft, however they figured there was plenty of room to over-run if needed, and it was always going to be a one way flight so they could melt the brakes if needed …which they did.
No personal entertainment on board this plane ! Even up at the pointy end it looks very basic compared to a modern fitout, but at least back then they did not squeeze the seats so close together. 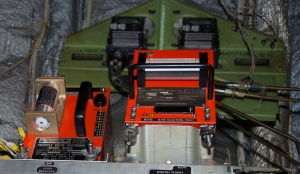 “black boxes” are not black !

Did you know that aircraft black boxes are not black ? it is a lot easier to find orange ones after a crash.
And they are placed in the tail because that area suffers less damage in a crash…planes don’t usually fly backwards into a mountain.
And did you know that when an airline needs to transport an engine for service or replacement they just bolt it on under the wing, using only 5 bolts ?
Or did you know that during early destruction testing Boeing tested the wing flex to the point that the wings were bent to vertical before they snapped off !
That’s what the tour guide said anyway, maybe it’s true or maybe it’s just a bit of colour for the tour, I don’t know. Anyway, some more pics, click to enlarge : 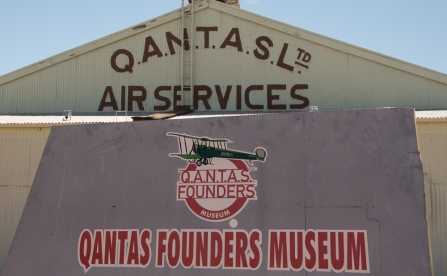 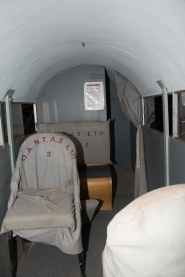 QANTAS’ first plane with an onboard toilet, thank goodness the windows opened 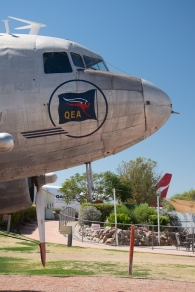 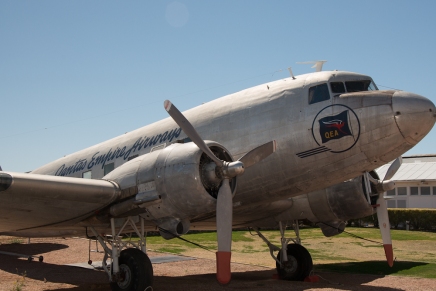 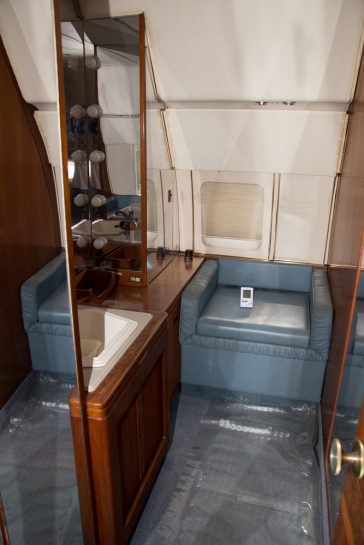 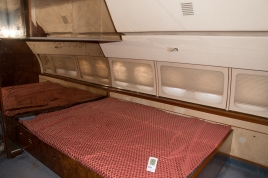 A recently retired "Baby Boomer" , looking forward to having more time for my photography and travel.
View all posts by Mike →
Gallery | This entry was posted in Australia, Random musings, Travel and tagged Australia, aviation, longreach, museum, outback, QANTAS, queensland. Bookmark the permalink.