A walk through Chinatown, Bangkok

The western New Year is barely over, and there is another less than three weeks away … Chinese New Year. Chinatown here in Bangkok is already being dressed up, the alleys and footpaths are even more choked than usual with extra stalls selling everything from horse figurines (it’s the Year of the Horse) to traditional clothing to lanterns and decorations. Unlike the rest of Thailand at the moment, in Chinatown the colour red is not a political statement !
Chinatown has always been an epicentre for religion, commerce, and sin …. the opium dens and (most of) the brothels have gone (out of sight at least) but it must still have more temples and shops per square kilometre than anywhere else in Bangkok, and that is quite a statement ! Gluttony is a sin, is n’t it ? With the number of restaurants and food vendors in the area, I suppose it still has the third part of the trilogy ?
Some of the wats are traditional Thai style, some are more garishly decorated because they were originally built by Thai-Chinese sponsors with a liking for dragons. Some are on the tourist trail, such as Wat Traimit which houses the famous Golden Buddha, 5.5 tonnes of gold, and are often full of gawking tourists. Others, ie Wat Mongkorn, are full of the faithful with barely a white face to be seen. And some, like the pagoda I spied down a Ratchawong road alley , are quiet and empty. 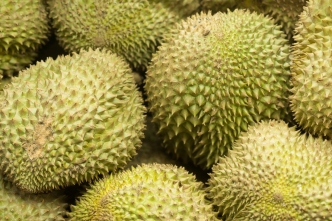 Durian fruit .. a delicacy to some, revolting to others!

Pagoda, hidden down a narrow alley off Rajawong road 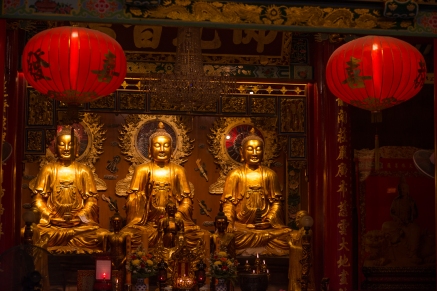 Dried seahorses …one side of this shop was a normal pharmacy, the opposite side was traditional medicine ..take your pick.

Which came first ? the donation box or the ATM ?

Tuktuk in front of Wat Traimit, home of the Golden Buddha 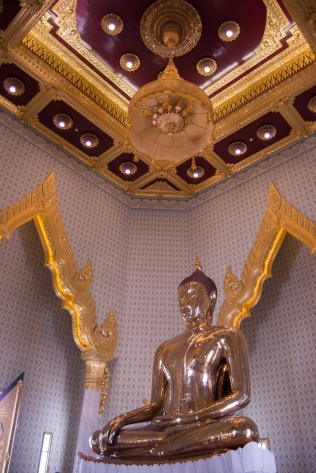 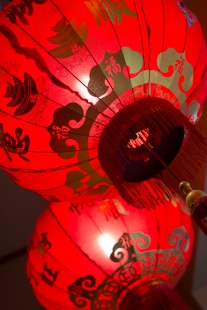 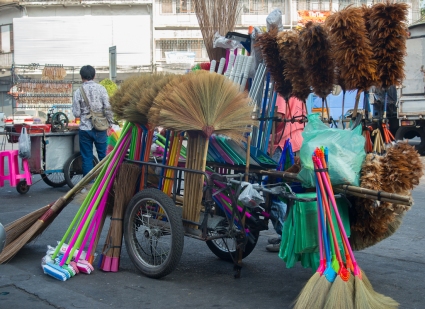 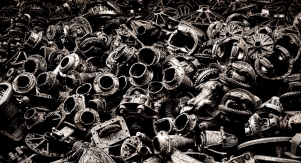 A recently retired "Baby Boomer" , looking forward to having more time for my photography and travel.
View all posts by Mike →
This entry was posted in Explorations, Photography, Thailand, Travel and tagged bangkok, buddha, Chinatown, explorations, photography, temples. Bookmark the permalink.

1 Response to A walk through Chinatown, Bangkok