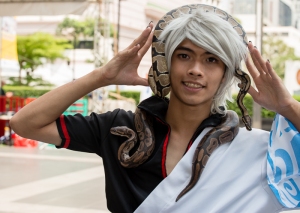 Last weekend there was a “Thai-Japan anime and music festival “ held at the Centralworld mall so I wandered along to get a few photos. As I’ve said before, I have absolutely no idea what it is all about, or who/what the cosplayers are supposed to be, but there are always plenty of people in weird costumes wanting to get their photo taken !

This couple looked like Bonnie and Clyde, the American gangster couple, so I have no idea what they were doing at a Japanese anime festival but they probably had the classiest costume. 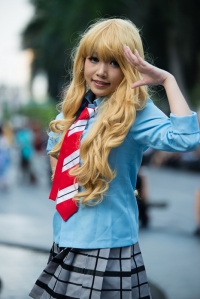 There were the usual extrovert girls (aged 20+) dressed as anime cartoons idea of sexy schoolgirls in short skirts and stockings, which I have absolutely no problem with

, but I did see quite a few young girls of no more than 15 dressed the same way which I found a bit disconcerting even when they were accompanied by a parent.

Barely into their teens and flaunting their sexuality already ….. I’m surprised the Thai Ministry of Culture has n’t made a pronouncement on this, LOL. For those outside of Thailand, the watchdogs of thai morality Ministry of Culture recently warned girls that the new trend of posting “under boob selfies” on social media was posting pornography and against the Computer Crimes Act, which could get them 5 years in jail. Nobody I knew, male or female, had even heard of this apparent trend before so I am sure Google was busy.

Mind you, this is the same Ministry that loudly criticised a couple of girls a few years ago for dancing topless at Songkran, until people pointed out that the Ministry’s own website banner portrayed topless Siamese ladies from not that long ago …OOPS ! Better call in the webmaster over a long weekend to fix that ! Anyway, I am sure there are lots of people here in Thailand who have now seen what an under-boob selfie is, so thank you to Google and the Minister of Culture.

But I digress ….I have posted a few photos already, of “goth girl” and “grim reaper”, but here are some more for anybody interested : 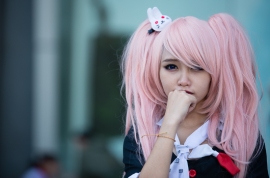 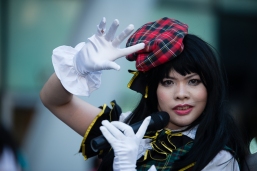 This is Thailand, not all girls are girls. 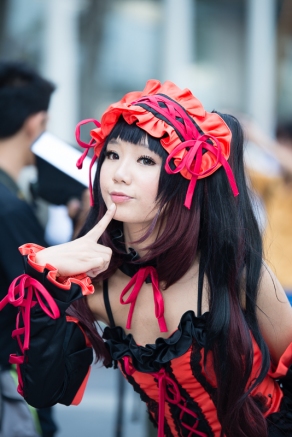 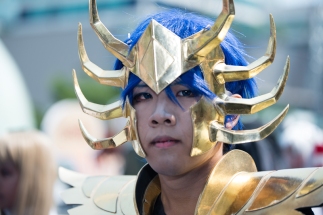 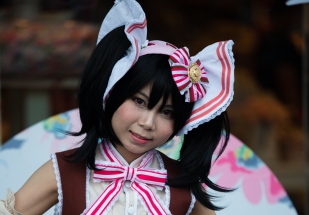 A recently retired "Baby Boomer" , looking forward to having more time for my photography and travel.
View all posts by Mike →
This entry was posted in Events, Photography, Portrait, Thailand and tagged anime, bangkok, cosplay, photography, Thailand, under boob selfie. Bookmark the permalink.