A million flowers for their King

Yesterday I went over to the “Talat Pak Khlong” flower market, where a large stretch of road has been turned into a floral display of remembrance in honour of His Late Majesty King Bhumibol, Rama 9, who will be cremated with traditional pomp and ceremony on October 26, although the ceremonies are over several days.

(as usual, click for a larger version of the photos) 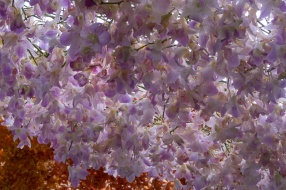 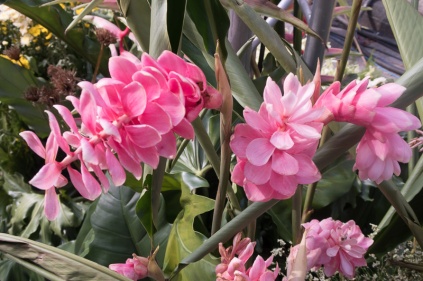 Apparently over a million blooms were used to create this, with many of them being replaced as they wilt after a few days in the Thai heat so I guess it will be close to 2 million by the time it is taken down after the funeral ceremonies finish. 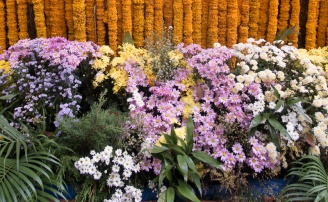 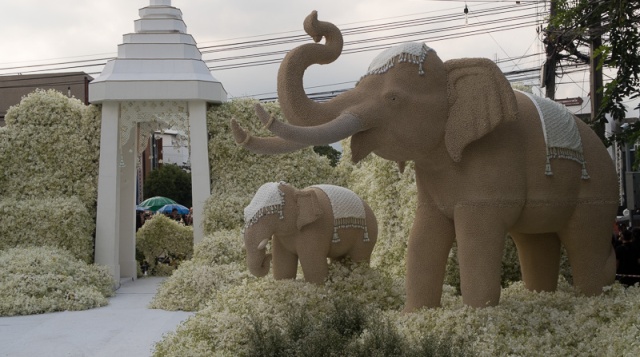 Heaven’s Gate, with Montharop flowers and white elephants which traditionally belong to the King.

Nearby on the entrance to Memorial Bridge was another remembrance display : 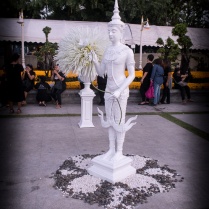 A recently retired "Baby Boomer" , looking forward to having more time for my photography and travel.
View all posts by Mike →
This entry was posted in Events, Photography, Thailand, Travel and tagged death of King Bhumipol, flower market, flowers, Thailand. Bookmark the permalink.