One of the most photographed road signs in Australia ?

“a hideous anomaly, a blot on the face of Nature, the sort of place one gets into in bad dreams”

That is how the first white man to cross the Nullarbor, explorer Edward John Eyre, described the Nullarbor Plain. I guess he could be excused for thinking that, as he took 4 months to walk across it. I’ve driven across many times before, although not for nearly 20 years, and it is still a long, long drive ! 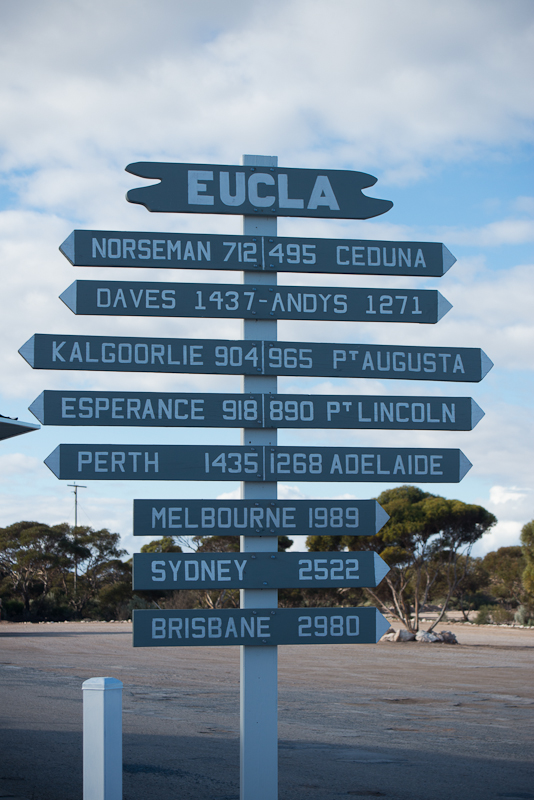 it’s a long way from Eucla to anywhere

When I was young and foolish, I used to drive from Sydney to Perth every Christmas to visit my parents, doing the entire trip in less than 4 days, driving 15 hours a day at 100+ kph. Nowadays I drive a lot more sedately for shorter periods, so it has taken me nearly 3 days just to get across the Nullarbor. Mind you, that’s still a lot quicker than the 5 cyclists I saw pedalling across, including the German girl I camped next to outside Penong who estimated it would take her 20 or 25 days to get to Perth !

Apart from a few lookouts at Eucla and the Bunda cliffs, it is a rather featureless drive, so any photo op is a welcome reason to stop and stretch your legs. 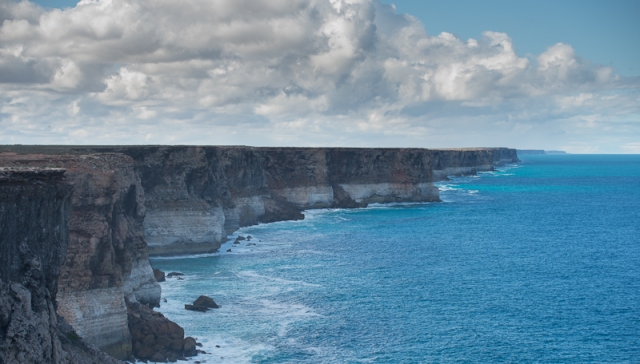 At Border Village, the last stop in SA, with one of the golf course links and giant kangaroo.

It is home to the Nullarbor Nymph. 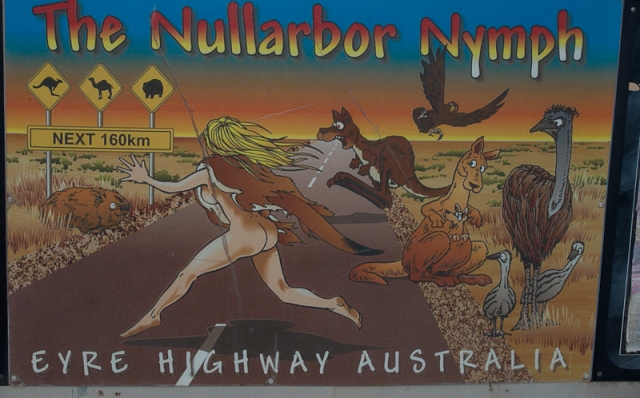 OK, so that one is not a fact …it is a hoax that had many journalists rushing to the Nullarbor after stories of hunters seeing a naked girl running wild with kangaroos !

A couple of rest days in Kalgoorlie, and then it is off to Perth. I don’t know how long I will stop there, it has probably changed an awful lot since I was there last. As I’ve said before, I’m not a fan of big cities, and Perth was getting too big for me 19 years ago !

A recently retired "Baby Boomer" , looking forward to having more time for my photography and travel.
View all posts by Mike →
This entry was posted in Australia, Landscape, Travel and tagged Australia, Nulllarbor, outback. Bookmark the permalink.