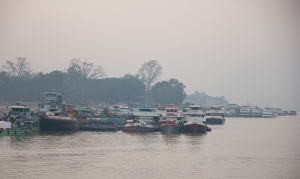 To get from Mandalay to my next destination, Bagan, I took the ferry along the Ayarawady (Irrawaddy) River rather than an expensive flight or a long and uncomfortable bus ride. For only US$40 they promised comfortable aircon seating, free breakfast and lunch on board. The reality was that the aircon was not switched on nor needed anyway, everybody sat outside, and the free food was barely edible. But it was still better than a long bus ride !
We had to check in by 6.30 for a 7am departure, before the sun had risen so it was a bit chilly at first, but the day soon warmed up. 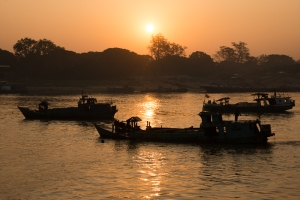 For the first 40 minutes or so the scenery kept the camera shutters clicking, as we went past Sagaing with it’s hillside covered in temples, and then Inwa(Ava) but then it all became a bit monotonous. The Ayarawady River is quite wide, so often we were a long way from the riverbank and anything that might be interesting.
There were a couple of unscheduled stops to let people off ( ie crew and friends visiting family) where the boat just nosed into the river bank, a plank was propped up against the bank, and the people got off. 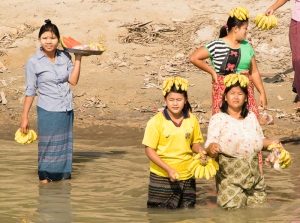 At one of these stops a group of woman waded into the river up to their shoulders trying to sell bananas, at 2000 kyat a bunch (about US$2). If I had known how bad lunch was going to be I would have bought some …
Lunch was just some fried noodles with a few vegetables thrown in, completely tasteless and cold.
Moral of the story, BYO food !
There was a lot of other river traffic, from local ferries crossing the river, fishermen, lots of tugs pushing barges upstream loaded with all sorts of goods and a couple of luxury cruise boats that take a week or more to go from Yangon to Mandalay. 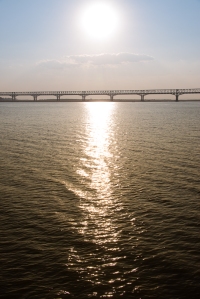 A welcome sight, only an hour or so to go.

Enough was enough by now, and I had seen more than enough of the river but I knew we would not get to Bagan until around 6.30pm. Heading upriver takes up to 3 hours longer apparently 😦
Late in the afternoon we passed under a big road bridge, which I knew from the guidebook was 16 miles by road from Bagan, but that was still just over an hour later until we actually got there, just after sunset.
We pulled into the jetty at Nyaung-U around 6.45, so that was about 12 hours onboard. If anybody is going to do this trip remember to bring your own food, and a good book ! And before you even get off the boat there are touts trying to get you into taxis and sign up for tours, so have a plan of attack for your arrival. I had a hotel already booked, so I just had to get a taxi there and keep saying no to offers of tour guides.

UPDATE: I now have a video on youtube, see bottom of this page.
Next episode, “temples and balloons”, coming soon but for now some more pics : 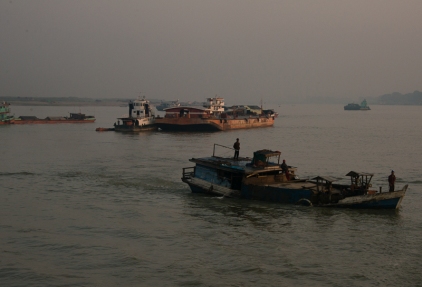 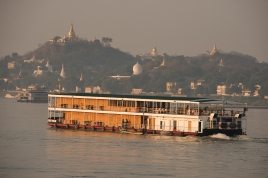 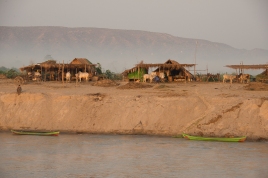 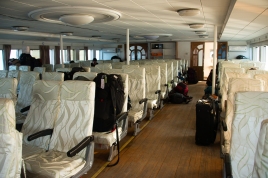 Inside the cabin, which nobody used. 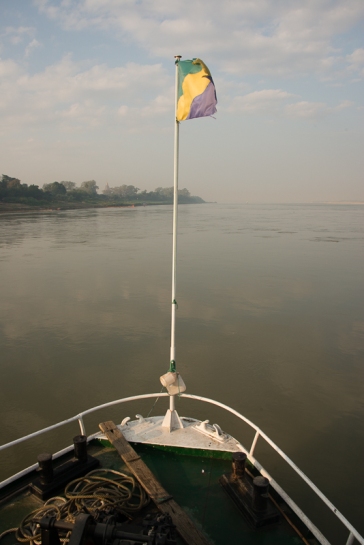 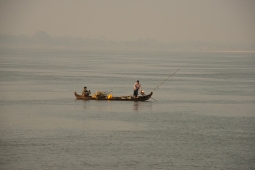 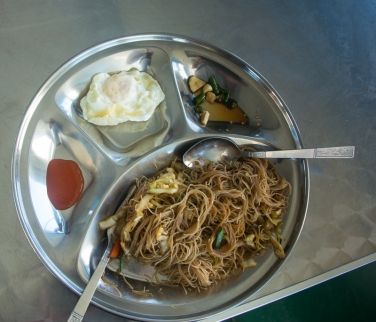 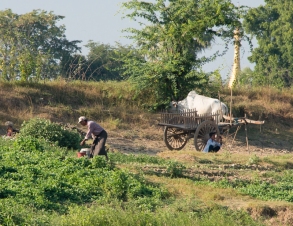 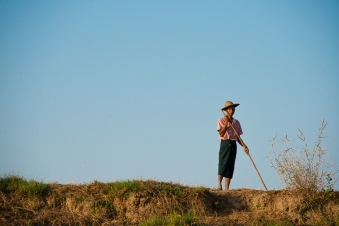 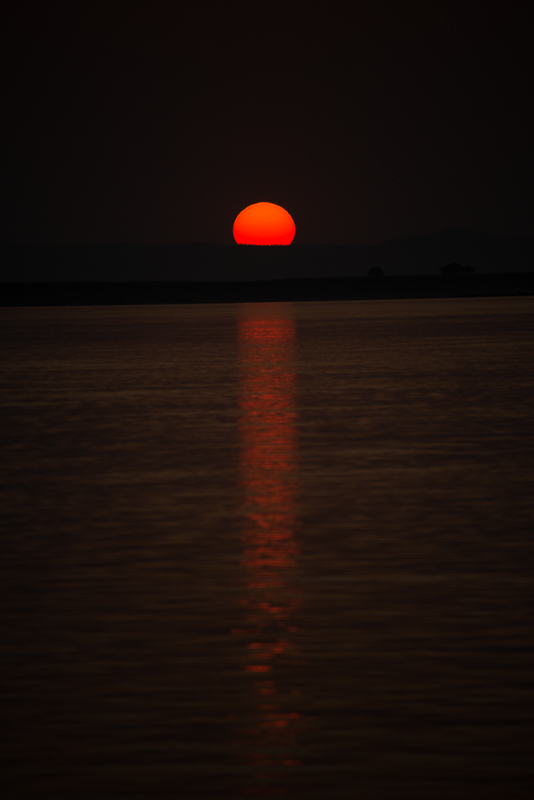 Sunset before we arrived at Bagan
(mouseover to see captions, or click for larger version)

A recently retired "Baby Boomer" , looking forward to having more time for my photography and travel.
View all posts by Mike →
This entry was posted in Myanmar (Burma), Photography, Travel, Travel and tagged Ayarawady River, Bagan, Burma, Irrawaddy, Mandalay, Myanmar. Bookmark the permalink.