The temples of Bagan 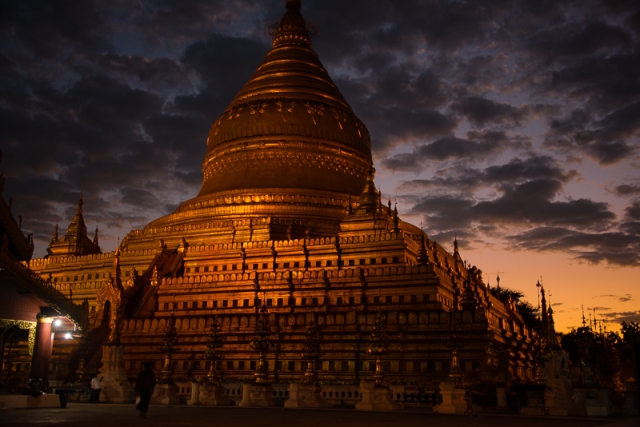 After the kings of ancient Bagan converted to Buddhism they began a frenzy of temple building from the 11th to 13th century, constructing over 3000 stupas, chedis, and temples in that time before the city was apparently abandoned because of the threat of a Mongol invasion, leaving the temples to face centuries of neglect, looting and earthquakes.

Despite this there are still thousands of monuments of all sizes scattered over the plains of Bagan as can be seen from this panorama of just a small part of the area.

(Click to see a larger version, or here to see a much larger one at my pbase gallery)

The big one on the right is Dhammayangyi, built by one of the kings to atone for his sins ..he killed his father and brother for the throne and executed one of his wives.

It is built of brick without mortar, but he insisted that all the bricks must fit so perfectly that a pin could not be passed between any of the bricks. Any builders that failed this test had their arm chopped off !

No wonder it is the biggest temple, he had a lot of sins to atone for.

Karma caught up with him, for he was assassinated too.

The big white one on the left of the panorama is Ananda Pahto is one of the biggest and best preserved of all Bagan’s temples, and my favourite. This photo on the left is a close up of the upper area. Many of the temples have stairs leading to upper terraces, but most are closed off nowadays to protect them from visitors. Some still have accessible exterior steps, such as Shwesandaw, and get rather crowded at sunset !

Despite the tourists it is still a rural area, and you are likely to see goatherders and ox carts while cycling around the area, life goes on at the same pace as it has for hundreds of years. For how much longer though, who knows ? If you want to see Myanmar, see it soon is my advice.

Back in town, the main temple is Shwezigon Paya (left and top) which has been an active temple for hundreds of years, and still gets bus loads of pilgrims/tourists visiting it, partly because as well as being an important Buddhist temple it also has a shrine to the 37 nat, or animist spirits that people worshipped before officially converting to Buddhism.

Two of the nat also live in the old town walls, at the entrance to Old Bagan, where “Lady Golden Face” and her brother “Lord Handsome” guard the entrance of Tharabar Gate. Before driving or riding through the gate for the first time many locals make an offering of bananas or coconuts as insurance against motor accidents

I did n’t and survived, so I guess tourists and bicycles are exempt ?

I spent 4 days/5 nights in Bagan, which was probably one day too many as you get “templed-out’ after a while, and then it was on to Yangon, which will be my next post. Stay tuned …. 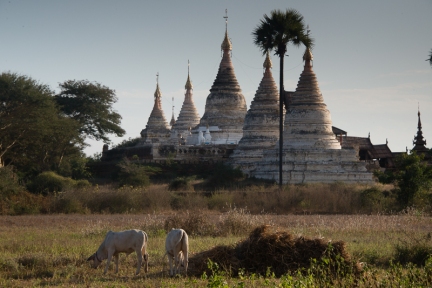 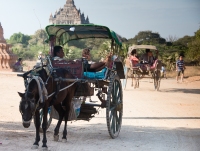 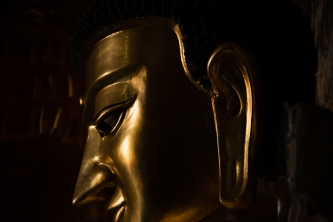 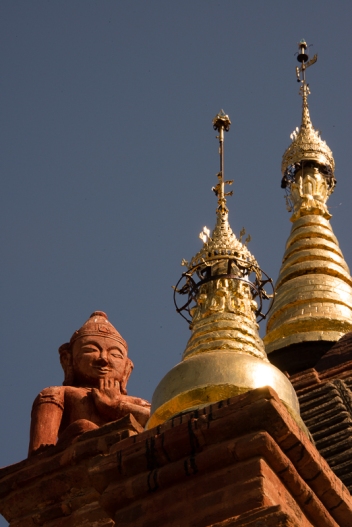 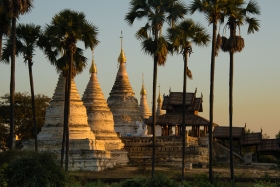 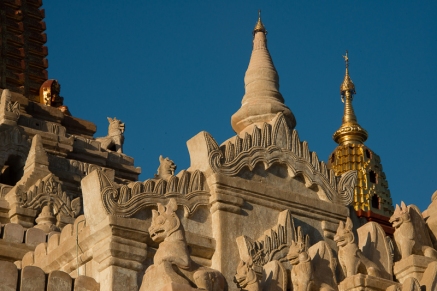 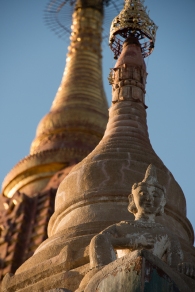 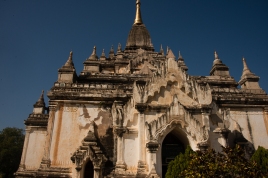 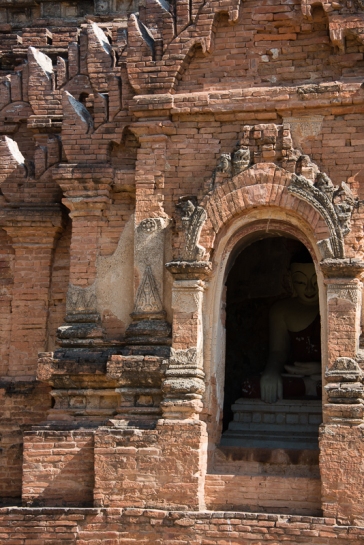 A recently retired "Baby Boomer" , looking forward to having more time for my photography and travel.
View all posts by Mike →
This entry was posted in Myanmar (Burma), Photography, Travel, Travel and tagged Bagan, Buddhism, Burma, Myanmar, temples, travel photography. Bookmark the permalink.

1 Response to The temples of Bagan