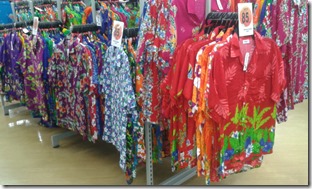 It looks as if I will be spending Songkran at the GF’s village up in Khon Kaen …that should be “interesting”. We will be driving up with her sister, so I insisted we leave before the holiday rush out of the city. Bangkok becomes relatively deserted as everybody from the provinces heads home for the 5 day holiday, but the roads become absolute nightmares. The main highways become clogged with traffic, which leads to people taking dangerous risks to make up time. Every year hundreds of people die on the roads of Thailand during the Songkran holiday, and under the way they count the road tally here you are only a casualty if you die at the scene or soon after. If you die of your injuries a couple of weeks later you are not part of the official Songkran road toll, or otherwise it would be even higher.

Bangkok at Songkran turns into the world’s biggest water fight, but the GF tells me that things will be more traditional in the village ….making merit at the temple, paying respects to the elders of the village etc but I’m sure that as almost certainly the only farang in the village I will be a target for any of the kids with water !

A recently retired "Baby Boomer" , looking forward to having more time for my photography and travel.
View all posts by Mike →
This entry was posted in Events, Random musings, Thailand and tagged bangkok, songkran, Thailand. Bookmark the permalink.

2 Responses to Songkran is coming …