After our week in Ko Lipe it was time to move on to our next destination, Langkawi. For most of the year there are 2 daily ferries and many speedboats that make the fairly short trip between the 2 islands…..both ferries cost the same and leave at about the same time, all the speedboats cost the same and are driven by the same young kids with cowboy attitudes to safety, which is why I never take the speedboat if there is an option of a “real” ferry. ( a quick Google search for “speedboat accidents in Thailand” gave up 386,000 results!)

The ferry check-in with Bundhaya went smoothly, boarding passes given, pointed over towards immigration, told to wait nearby. Slightly disconcerting and confusing for some passengers who did not speak Thai or English was the fact that passports would be given back to you once underway on the ferry. For some reason the immigration office bundle all the passports together, give them to one of the boat crew who later came around asking who owns a Thai/Malay/British/American/whatever passport. They did not seem to look at the photo inside to check they were giving passports to the right people !

Arriving in Langkawi at the Kuah ferry terminal the Malay immigration was quick and efficient and we were soon off to Pantai Cenang and our hotel, the “White House Lodge”.

Not quite as large as Mr Trump’s White House, but still very nice 🙂 , big room at the end looking out over a rice paddie, tropical gardens and a nice swimming pool, which was handy as I did not really think much of the beach here.

mind where you walk at low tide ! 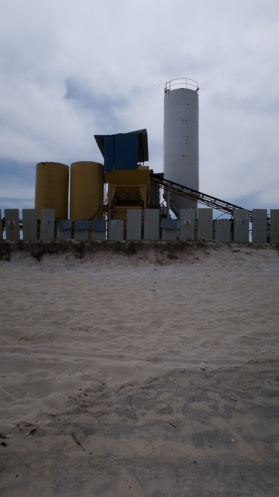 The Lonely Planet says “ the beach is gorgeous, white sand, teal water, green palms” ….I thought the beach was rather grey, gritty sand, lots of glass and bottlecaps exposed at low tide, the water had a lot of jellyfish, and many of the palm trees have been replaced by construction equipment. Another blogger, Rob from Experimental Expats often bemoans the unrestrained development where he lives in Penang, and Langkawi is the same it seems.

There is certainly a lot of  construction under way, with hotels and apartments popping up all along the beach and Pantai Cenang’s main road. Just who do they expect to live there ?

In between all the building sites are plenty of international food chains, all the usual suspects, lots of Thai restaurants, Mexican restaurants, even a couple of Syrian ones, but hardly any local food, and I really, really wanted some laksa. The only place that I found happened to be closed 😦

But the main reason for coming here was because the GF had read about the legend of a woman called Mahsuri, who was falsely accused of adultery and executed. 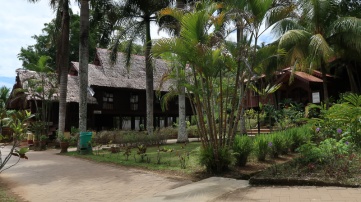 Mahsuri’s village (or a recreation thereof !)

After bleeding white blood to show her innocence she cursed Langkawi with 7 generations of bad luck, which supposedly ended around the time of Langkawi’s tourist boom. Anyway, we rented a motorbike and headed off to see her village, now one of Langkawi’s tourist attractions. I don’t know how much of it is original or recreated but it all seemed rather forced and artificial to me, but the GF liked it and that’s all that counts, is n’t it 🙂 While we had the bike we went for a ride into Kuah to see the big eagle, and then up to the top of the highest hill where you can see to Thailand on a clear day, so they say :

As she will not go in the sea but still wanted to ‘ see the pretty fish” we also went to Underwater World, Malaysia’s biggest aquarium. I prefer my fish on the reef, but as aquariums go this one is pretty good.

All in all, I did not really think much of Langkawi, and will not be heading back again.

After a few days it was time to head back to Bangkok, but the long way around with a 3 day stopover in Georgetown, Penang. It’s just a short flight, we probably spent longer checking in than we did in the plane ! Seeing all the construction cranes as we headed from the airport to Georgetown I could see why the Experimental Expats have had enough and are headed out. Georgetown is a listed Heritage area though, a crane free zone ! We stayed at the Kimberley hotel, a converted colonial style building, with wooden floors and a private balcony looking out over the rooftops of Georgetown.

Many, many years ago as a naive backpacker I arrived late evening in Penang, where one of these fellows recommended a nice cheap hotel. I looked at the room, it was ok, the price was ok, so I said OK. Later that night all I could hear was the sound of high heels click-clacking their way along the corridor and back again 15 minutes or so later. Back and forth, back and forth. The next evening I returned from dinner late and decided to check out the bar at the back of the hotel …it was almost pitchblack inside but when my eyes got used to the dark I realised that all the “customers” were women in tight dresses, high heels and way too much make-up waiting for their customers …the hotel doubled as a brothel.

The Kimberley Hotel was way, way above that level of place !

Without any real sightseeing plans we spent our time in Georgetown just wandering around the streets,  getting my laksa fix and eating lots of the local food …but not the durian : 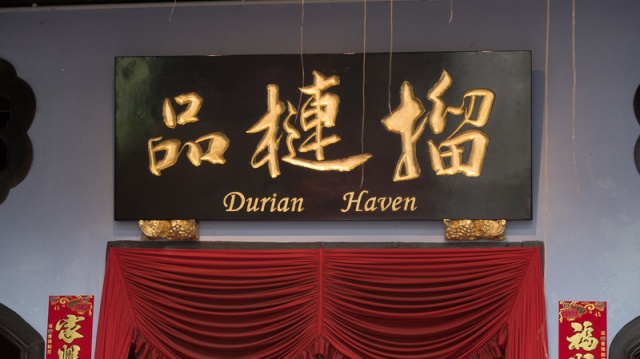 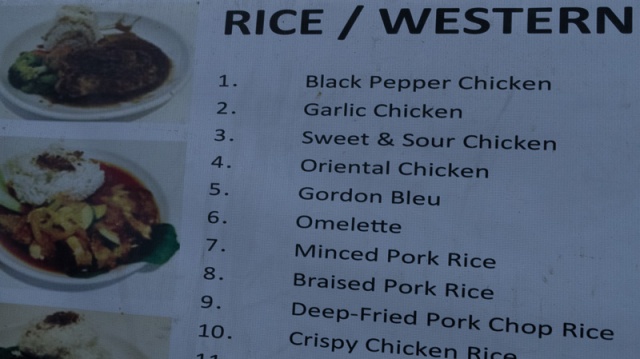 Is that Gordon Ramsay @ number 5 ?

There were a lot of “famous” places !

Some more photos from Georgetown : 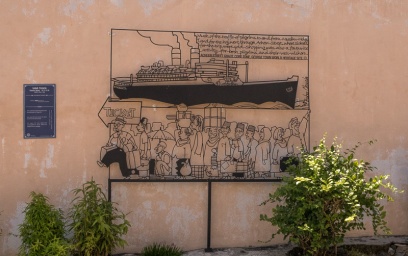 georgetown is famous for street food and street art 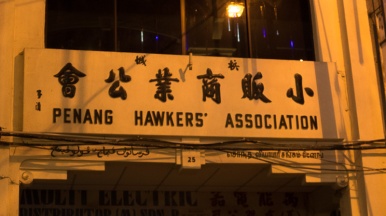 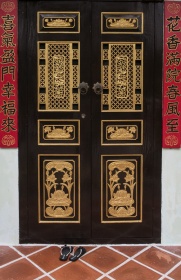 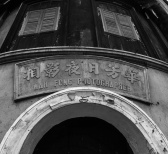 And then it was back to Bangkok, and get ready for the madness of Songkran. 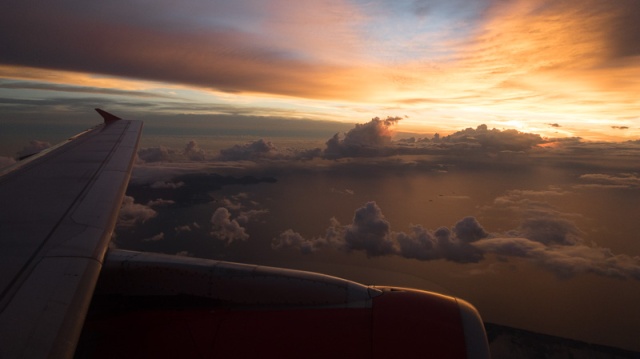 Our next trip away is in a couple of days, just up to Ubon Ratchathani for a week or so while the GF sorts out some bureaucratic paperwork or other, then it will be time to start getting all the paperwork together to renew my visa …another year gone !

A recently retired "Baby Boomer" , looking forward to having more time for my photography and travel.
View all posts by Mike →
This entry was posted in Food, Malaysia, Photography, Travel, Travel and tagged Georgetown, Langkawi, Malaysia, Penang. Bookmark the permalink.